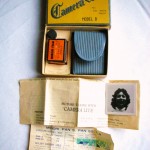 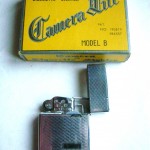 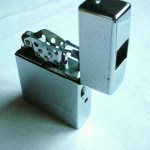 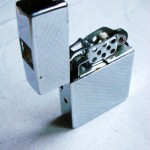 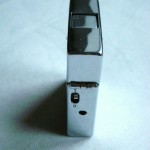 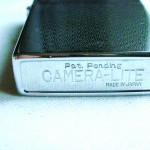 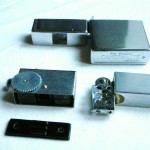 Camera -lite zippo style camera .
Made by Suzuki Optical Co.
Dates: 1955
The Camera Lite Model B , released in 1955, was an improved version of the Camera Lite.
It has the same fixed-focus meniscus achromatic17mm f8.0 lens but added B to the I (1/50) shutter speed selected by a switch next to the lens.
Also seen in a gold tone finish
Most have a chrome with hash wave pattern finish.
Often found with the original Yellow box ,Minori film,1 or 2 cassettes and the original plastic case.
The model name is not marked on the camera , but it is on the original box of this camera  and says Model B.